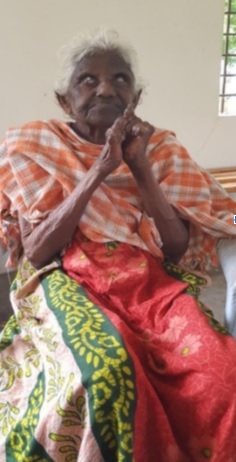 At 80 years old, Pattu has had a very difficult life but says she is finally happy and fulfilled at Shanthi Gramam where she is cared for and God speaks to her daily. Born in a small village in the district of Tamil Nadu, Pattu’s father died when she was 5 years old, leaving her mother to take care of them alone. They had very little money and had to work very hard on the land and carrying bricks to earn money. When Pattu was 15 she noticed the marks on her skin but there was no help as they did not want anyone to find out. She took no medication until much later. As a result, she tried to commit suicide twice. Once her mother took her to a bridge to jump to their deaths together but Pattu saw a vision of Jesus and the cross and stopped. The second time Pattu tried to hang herself but the knot snapped and she fell to the floor. She never married but she has one son who sometimes visits her in Shanthi Gramam. When she heard about Kari Giri and Shanthi Gramam, Pattu walked for three days to get there.

Pattu has a strong belief in ‘her powerful God’ and loves to sing and praise him. 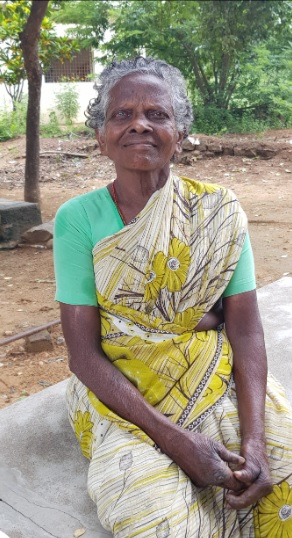 Born into a large family with 5 brothers and sisters, there was always work to do. The family had no land of their own but they had a small home. Her father was a cow trader and the rest of the family collected wood and sold it in the markets. Vallakanni was young when diagnosed with leprosy by a visiting medical team and was given the tablets as often as they came. When her parents died, Vallakani was still only a young lady and unmarried. Her relatives came and took over her family home so she was alone. Missionary leprosy workers introduced her to her husband and suggested marriage. They both agreed and lived together in Ambur until they could no longer manage alone and moved into Shanthi Gramam.

Vallakanni has lived in Shanthi Gramam for over 20 years with her husband Subramani and is very thankful to Jesus for her home. 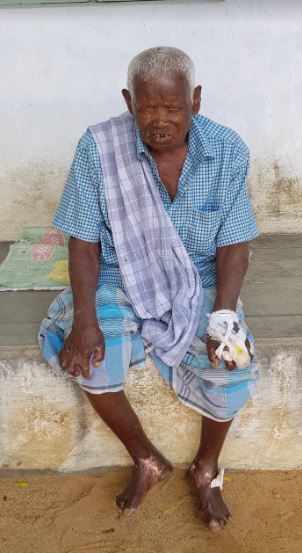 Munisami has no family, he says that Shanthi Gramam is mother and father for him. He feels loved and valued here and is thankful for everything. Munisami comes from a farming family, his father died when he was small and so he has had to work all his life but once the leprosy affected his hands, he was unable to continue. He built himself a house of leaves and mud bricks in his village and his neighbours would care for him, providing food when they could. Visiting doctors came from Kari Giri Hospital to his village and found him and took him for treatment, which was when he found out about Shanthi Gramam. 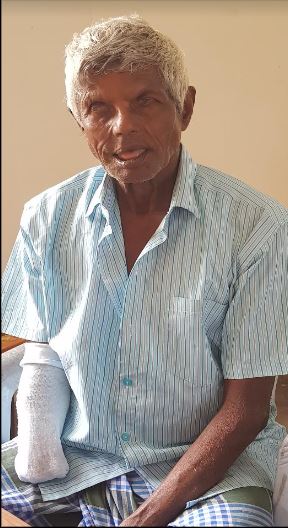 Nadarajan contracted leprosy as a child at 11 years old. His parents took care of him and took him to hospital for treatment at the time but it did not work and gradually his symptoms got worse. He loved animals and took care of the horses at his home on the farm and learned to ride. He got a job in Bangalore when he was in his later teens as a jockey where he was successful and earned a lot of money. However, he had a bad riding accident at the age of 43 in which a head injury caused damage to his eyesight and his arm, which later had to be amputated. Nadarajan still visits his family in Andra as often as he can but he is happy to be living in Shanthigramam. He says that he feels secure and that life is more simple.

Although, born into a Hindu family, he has come to know Jesus at the shelter and knows that He loves him.